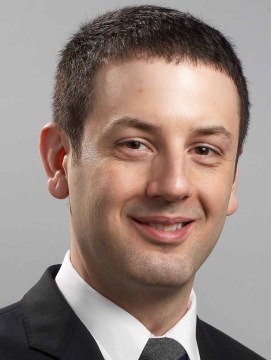 Mr. Grande serves the district as the Superintendent of Schools.  Prior to his current position, he served as Interim Superintendent,  Assistant Superintendent,  The Director of Curriculum and Instruction and the K-12 Content Area Supervisor of Mathematics, World Languages, Science, Business, and Technology for the Clark Township School District.  In addition, he has taught Mathematics at Arthur L. Johnson High School and assumed a number of extracurricular responsibilities, including serving as a class advisor and an advisor to the student council. Mr. Grande has also taught and advised students at the college level during evenings and on weekends and is currently a doctoral student in the Education Leadership Program at Teachers College, Columbia University. 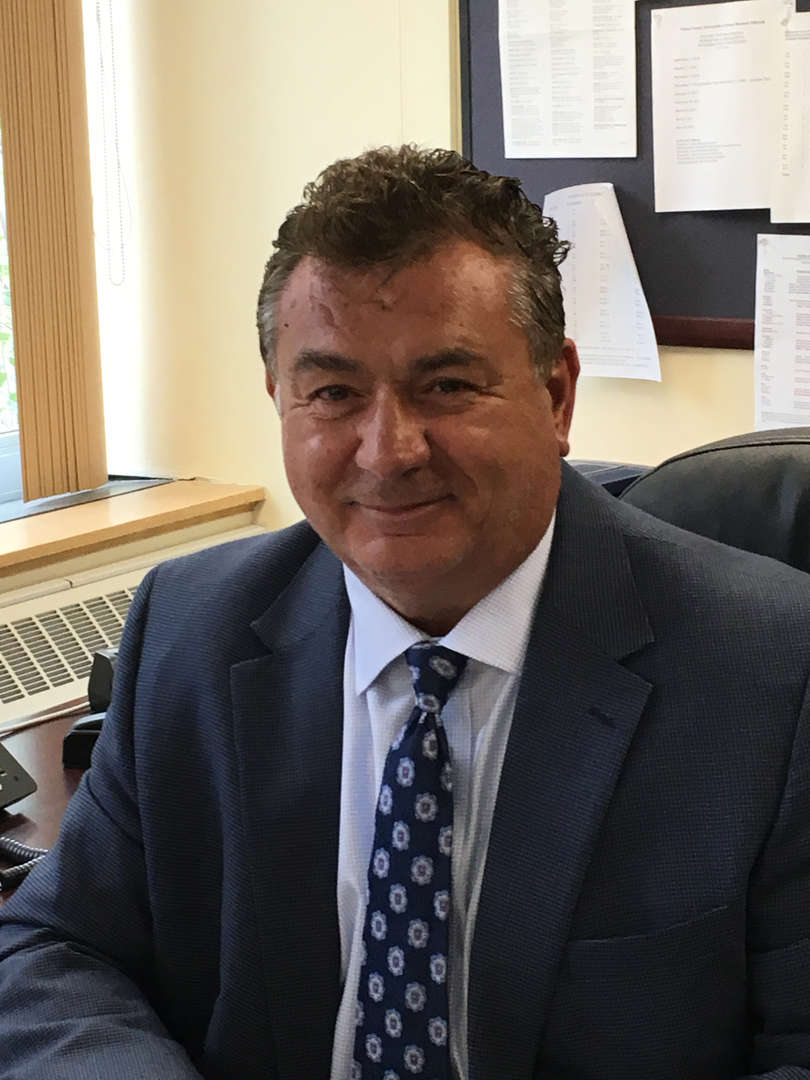 Mr. Vizzuso is experienced as a Business Administrator/Board Secretary in both K-8 and K-12 educational settings.  He is responsible for the district finances; managing the Business Office; and overseeing Transportation, Food Service, and Plant Operations.  He also brings to the position experience in corporate finance and accounting.  His educational credentials are an Undergraduate Degree in Accounting and a Master's Degree in Educational Administration.  Mr. Vizzuso holds certifications as a School Business Administrator, a School Administrator, and a Qualified Purchasing Agent.  He is a member of the North Jersey Chapter of the New Jersey Football Officials Association, IAABO Board 33 Basketball Officials, NJI Lacrosse Officials Association, and NJ State Baseball Umpires Association. 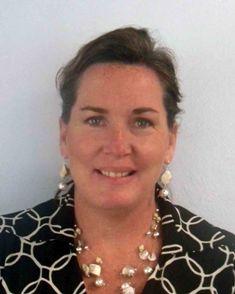 Mrs. Feeley began her educational experience in the Clark Public School District in the Fall of 1993 as a high school Science teacher, Varsity basketball coach, and softball coach.  She began her administration career as a teacher leader of science and music for the middle and high school sixteen years ago.  This led to her appointment as the Assistant Principal of Arthur L. Johnson High School.  She served in the role as Principal of Carl H. Kumpf Middle School for nine years and, in July 2017, returned to ALJ to serve as Principal.  Mrs. Feeley resides in Monmouth Beach with her husband, John. 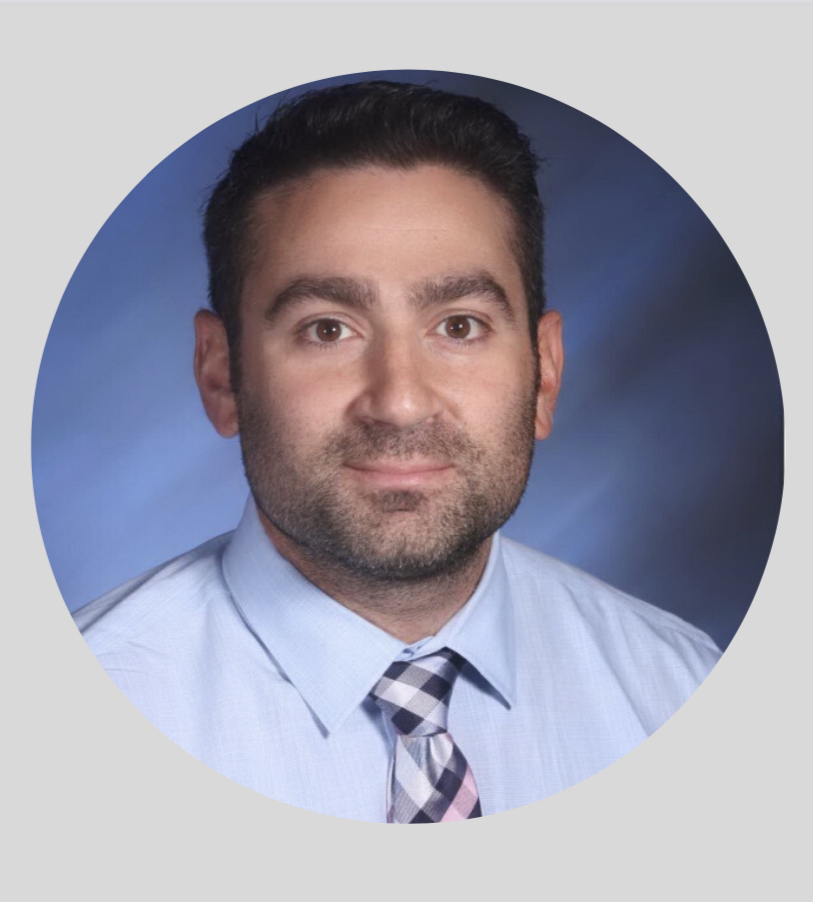 Mr. Cardinale joined the Clark Public Schools in the Summer of 2020.  Prior to joining Arthur L. Johnson as the Assistant Principal, he taught Business Education at Cedar Grove High School for the last 13 school years.  During his tenure at Cedar Grove, he was selected as the 2015 Teacher of the Year, while also receiving the All-School Council’s version of the award, known as the “Panther Pride Award”.  In addition to his time in the classroom, Mr. Cardinale was a head varsity baseball coach from 2011-2020, as well as an assistant varsity girls’ basketball coach from 2012-2020. Mr. Cardinale was also involved with the Yearbook, National Business Honor Society, as well as the Syracuse University Project Advance Orange Invitational charity volleyball tournament.  He played college baseball at Drew University, where he received a B.S in Economics and Finance.  Several years later, he received his M.Ed. in Educational Leadership from Montclair State University.  A 2003 West Essex High School graduate, Mr. Cardinale currently resides in Lincoln Park, NJ. 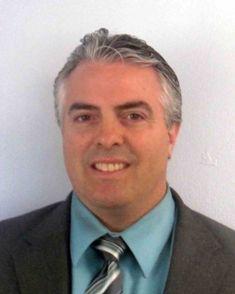 Mr. Delmonaco began working in the Clark Public School District in September 1998 as an English teacher at the Carl H. Kumpf Middle School.  After that, he served as a fifth grade teacher at Frank K. Hehnly School before returning to Kumpf three years later to teach Science and Math.  During his final year of teaching at Kumpf, Mr. Delmonaco also served as the Middle School Supervisor before becoming principal of Kumpf in September 2006.  After two years at Kumpf as the principal, Mr. Delmonaco moved to Arthur L. Johnson High School as the principal.  Mr. Delmonaco also served as the Administrator in charge for the Clark Pre-school Annex (CPA).  Prior to teaching, Mr. Delmonaco worked in the private sector as an accountant and operations manager, before changing careers.  Mr. Delmonaco returned to Kumpf to serve as principal in July 2017. 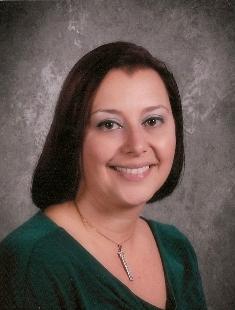 Ms. Clarke joined the Clark School District in September of 2000.  She taught language arts and coached softball at Kumpf Middle School for ten years and has been the Assistant Principal at Kumpf for the past seven years.  Ms. Clarke received her BS in Education and English from Seton Hall University in 1999 and her MA in Educational Leadership from Fairleigh Dickinson University in 2007. 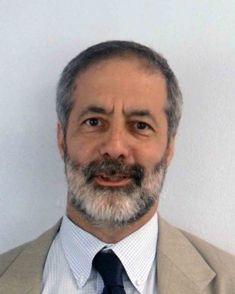 Mr. Beltramba has worked in the Clark School District since 2002. He has been the Principal of the Valley Road School since 2007.  He held the position of Principal in the Frank K.Hehnly School from 2002-2007. Prior to these positions, he held the position of Vice Principal (1991-1997) and then Principal (1997-2002) of the Bedminster Township Public School. Mr. Beltramba’s career began in the Haledon Public School in 1977, where he worked through 1988 as a teacher and taught various subjects to students in grades 3-8.  He was assigned as the Vice Principal of the Haledon Public School from 1988-1991. Mr. Beltramba earned two Master’s degrees from William Paterson College in Educational Administration (1989) and Special Education (1981). He received his BA degree from William Paterson College with concentrations in special education and K-8 teaching in 1977. 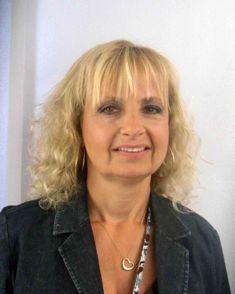 Mrs. Bergin joined the Clark School District in July of 2002.  She began her career in Clark as the Principal of Valley Road School   before moving to her current position as Principal of Frank K. Hehnly School.   Prior to her employment as a School principal in the district, Mrs. Bergin worked in the South Brunswick School District as an Assistant Principal and Interim Elementary School Principal.  She also taught in South Brunswick as a special education teacher for students in grades Kindergarten through Grade 6.   Mrs. Bergin currently resides in Ocean County with her husband. 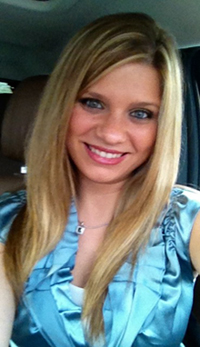 Miss Applebaum joined the Clark Public Schools’s administrative team in November 2015, where she serves as the elementary assistant principal.  Prior to joining Clark, she worked in the Westfield Public School District as an intermediate school math teacher.  During her time in Westfield, Miss Applebaum had a variety of leadership roles and headed many extracurricular activities.  Most notably is her work as the coordinator of the district’s New Staff Institute and the founder of the second-year cohort, a program that has been featured in School Leader magazine.  Mallory also worked closely with the students as the choreographer of the spring musical and the advisor of the school homework club.  Miss Applebaum completed her Bachelor of Arts degree at the University of Michigan in Elementary Education with a Mathematics Specialization, and she received her Master’s Degree in Administration and Supervision from Rutgers University.  She currently resides in Hoboken, New Jersey. 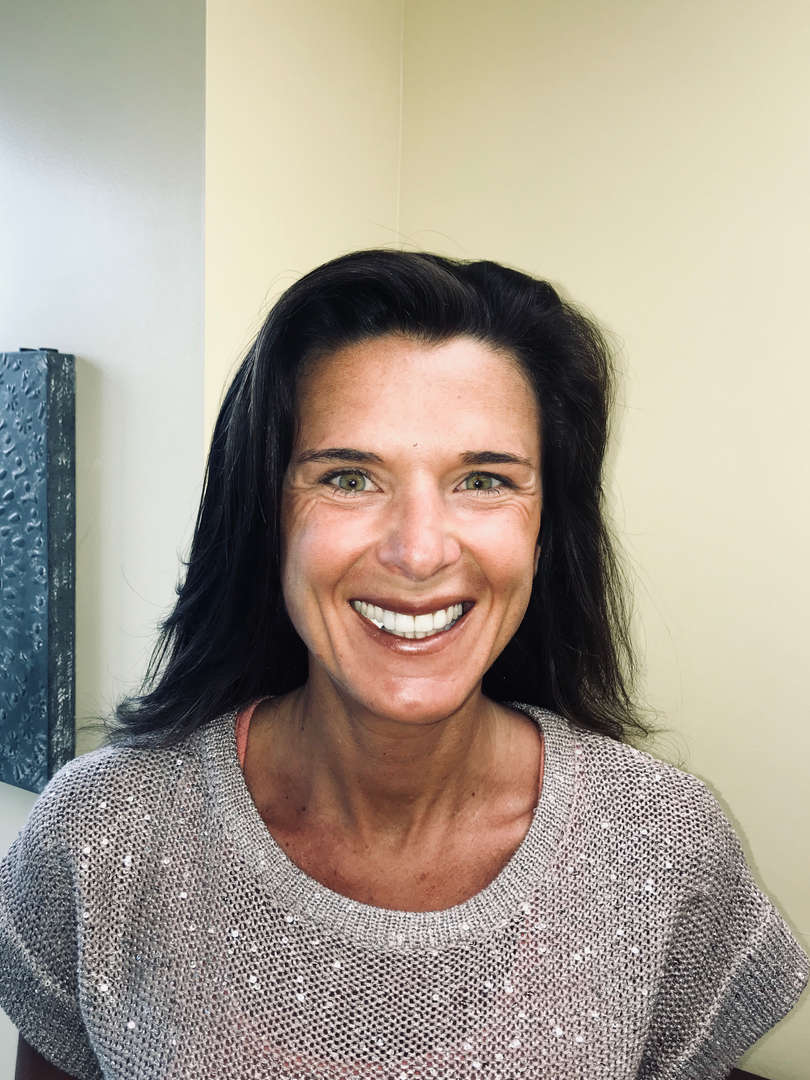 Nicole Viola embarked upon her teaching career with the Clark Public School District in 2004 as a Resource Room Teacher at Valley Road Elementary School.  Since 2005, Nicole has taught at Carl H. Kumpf Middle School, spending the duration of her teaching years as a Special Education Language Arts Teacher.  While at Kumpf, Miss Viola has been an active member of the faculty, working as an Academic Coordinator, Homework Club Advisor, Track Coach, New Teacher Mentor, and Sports Chaperone.  She was awarded the honor of Teacher of the Year and served on CHK’s Schools to Watch Committee.  During the summers, Miss Viola has been employed as both a Teacher and Supervisor of the district’s Extended School Year program.

Miss Viola holds certifications as a Supervisor, Teacher of the Handicapped, Teacher of English, and Teacher of Elementary Education.  She currently resides in Colonia, New Jersey. 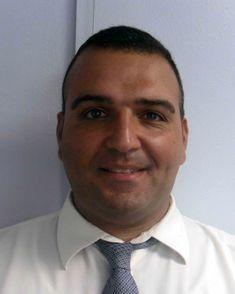 Mr. Kalikas has been a part of the Clark School District as a student athlete, teacher, coach, and now administrator since 1986. He became an English teacher and a coach at Arthur L.Johnson High School in 1999. In 2008, he was named Supervisor of Athletics, Health, and Physical Education for the Clark School District and he has worked in this capacity since. Prior to that, Mr. Kalikas was employed as an English teacher and a coach with the Elizabeth School District and as a football coach at Keyport High School.  He still resides in Clark with his wife, Noel, and his two sons. 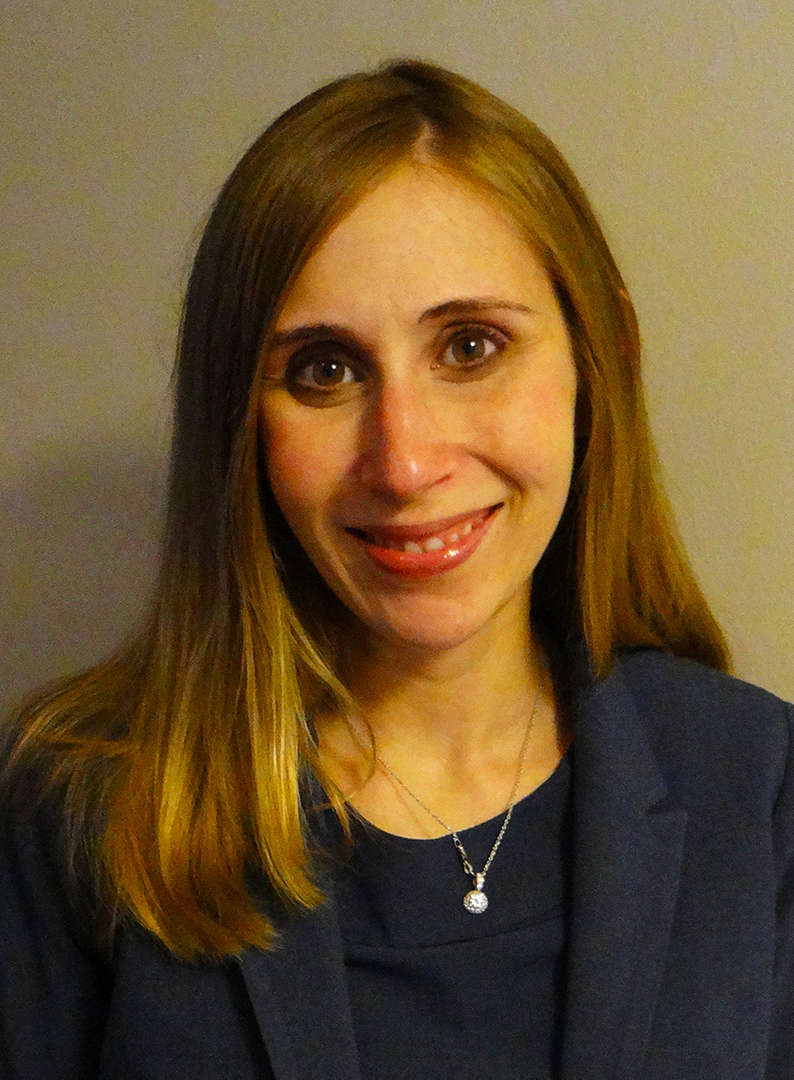 Christine Casale Broski joined the district in 2007 as a middle school language arts teacher at Carl H. Kumpf Middle School. During her time at Kumpf, Ms. Broski served as the advisor to the National Junior Honor Society as well.  In addition to being named Teacher of the Year twice, she earned the distinction of Middle Level Educator of the Year by the New Jersey Association of Middle Level Education.

Ms. Broski was also the team leader for the sixth grade team, which earned the recognition of Team of Excellence. In her time as team leader, she led the team in an interdisciplinary unit partnering with L’Oreal and the Clark community. She also led the team in the implementation of Career Day, an initiative to prepare students for their futures.

Ms. Broski has presented at the New Jersey Association for Middle Level Education’s annual conferences, the New Jersey School Boards Association Conference as well as several in-district workshops. She has served on her district’s Instructional Council and Schools to Watch Committee. Ms. Broski earned a B.A. with high honors from The College of New Jersey in English/Journalism and Professional Writing. She also has obtained a M.A. in Instruction and Curriculum and Supervisor’s Certification from Kean University. She currently resides in Watchung with her husband Rich. 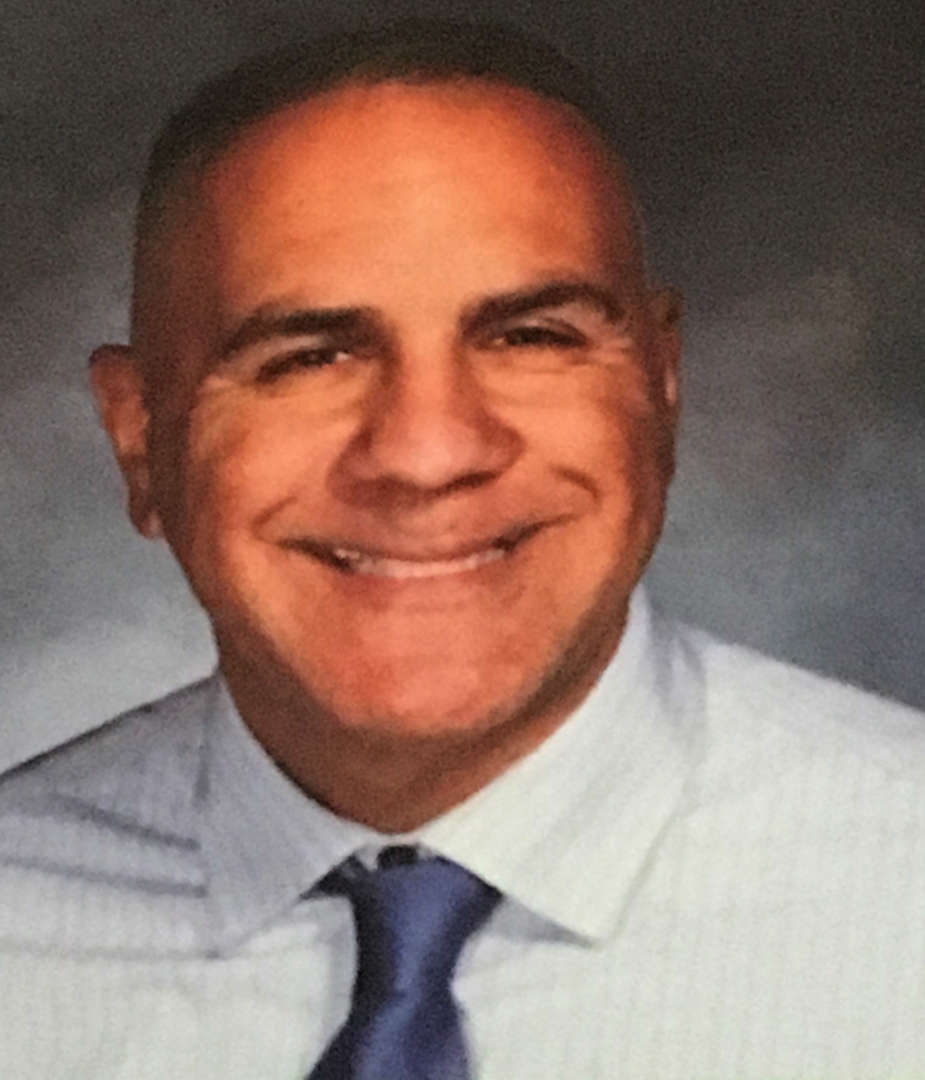 Mr. Caldiero joined the Clark Public School District in the summer of 2010 as an English teacher at Arthur L. Johnson High School after entering the field of education the year prior as an English teacher at North Brunswick Township High School. During his teaching tenure, Mr. Caldiero taught and designed curricula for all levels of grades 9-12  English courses, was the business manager for the high school yearbook, data manager for state reporting and a college essay writing instructor. He also offered private SAT and ACT tutoring. Prior to teaching, Mr. Caldiero worked in various internal and external communications roles for financial, pharmaceutical and technology companies. He received a B.A. in English, with a minor in Psychology from St. John’s University. More recently, he received his Masters degree in Educational Administration from the University of Scranton. 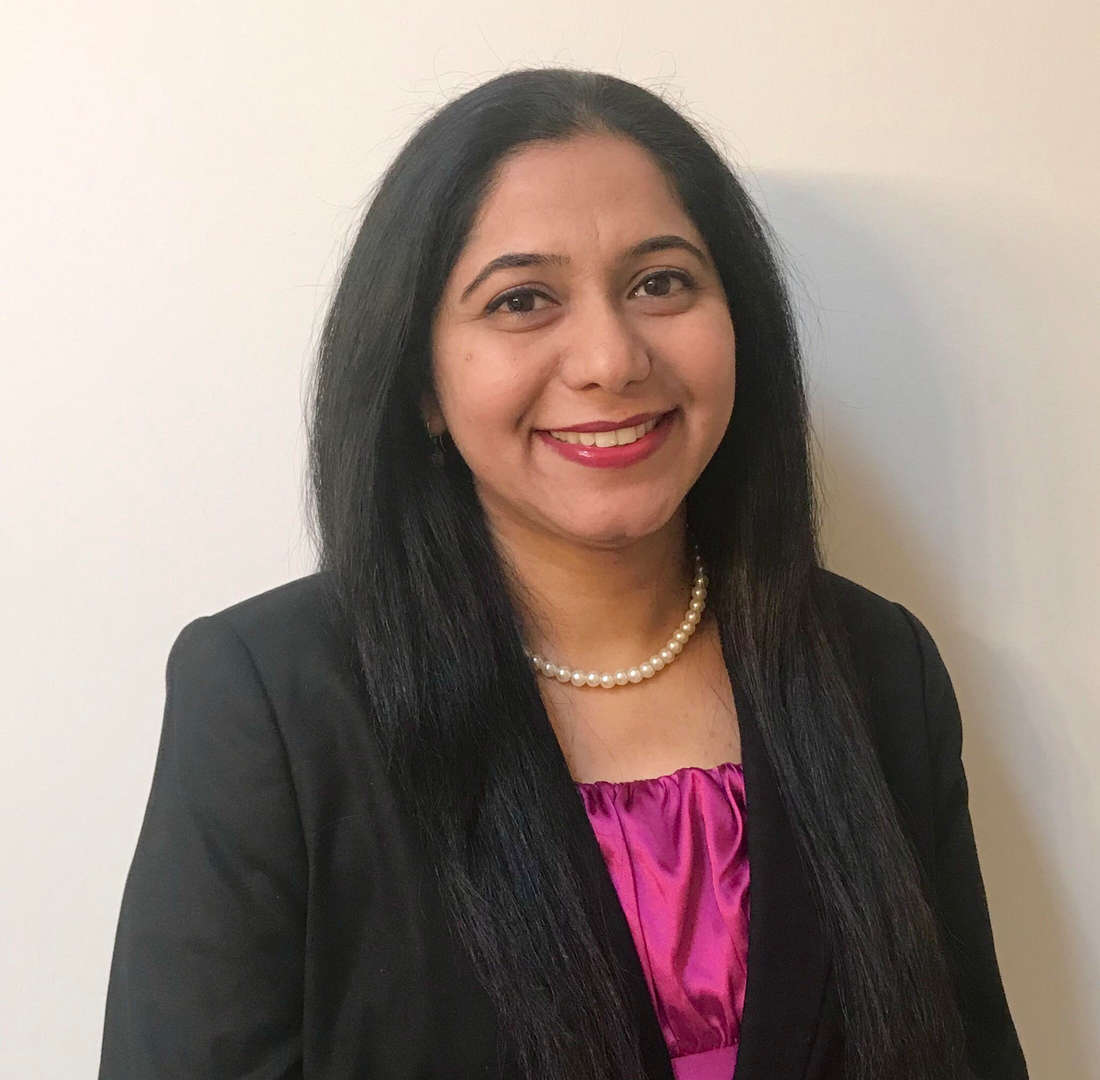 Mrs. Varshney is an enthusiastic educator who is joining the Clark Public School District in the fall of 2019 as the STEAM supervisor. She has taught mathematics at the Union County Vocational-Technical Schools (UCVTS) since July 2005. As an Advisory Board member of UCVTS, Mrs. Varshney resolved numerous issues related to curriculum, scheduling, and assessments. She also headed the Leadership Council as well as the School Assessment Committee. During her teaching tenure, she served as an advisor for Math League, Student Government, and various other clubs. Mrs. Varshney was nominated as the 2012-2013 Teacher of the Year for the Academy for Allied Health Sciences.

Mrs. Varshney has her NJ Supervisor certification and also possesses teaching certificates for Mathematics and Computer Science Technology. She holds a Bachelor’s degree in Mathematics and a Master's degree in Information Technology. Mrs. Varshney completed her Educational Leadership program at Thomas Edison State University in 2014 and currently resides in Edison with her husband and two children. 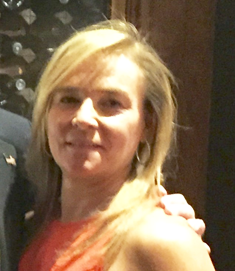 Mrs. Kowalski has been a part of the district as the preschool nurse since 2010 and as an administrator since October 2015.  She holds a Bachelor’s in Nursing from Villanova University and began her nursing career at Memorial Sloan Kettering Cancer Center.  Upon attending night school, she completed her Master’s in Public Health from New York University and advanced to coordinator of admission screening.

During her child rearing years, she was the on-call supervisor for a home health care agency and taught Lamaze, nutrition, infant care, and pregnancy exercise classes.  In 1992, she began her career in education as a volunteer Pre-K teacher at St. Thomas the Apostle Byzantine Catholic Church.  After many years of substituting in local school districts, she completed her school nurse certification in pursuit of her lifelong dream of being a school nurse.  Lori resides in Westfield with her husband, Steve, and sons, Stephen, Dean, and Kurt.